If you haven’t been to Fort Pickens on Pensacola Beach in a while, now is a great time to go. You can head out for the day or even camp. There is a paved walking path across from the campgrounds where you’ll see a show of osprey building nests as well as many other nesting birds. 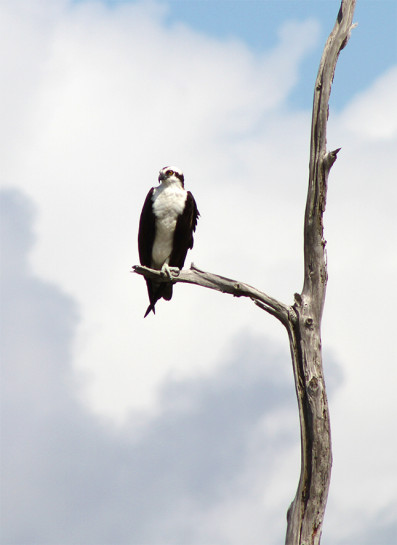 The osprey nests are a large heap of sticks, driftwood and seaweed built in forks of trees. It’s fascinating to watch the amounts and types of things they carry. Ospreys begin breeding around the age of three to four years old. If there are a shortage of tall trees, they may not breed until five to seven years old and they mate for life.

Fish make up 99% of the osprey’s diet and they’re not picky about which kind they eat. Bring your camera and binoculars and climb the forts to get a great view of them catching fish and building nests.

Osprey populations, along with bald eagles, and peregrine falcons, were significantly affected by DDT in the 50s to 70s. Their eggs experienced shell thinning and they were unable to produce young. However, things have greatly improved for them in the last 50 years. Fort Pickens seems to have a high population of osprey right now and you may even see a few bald eagles.

The osprey is different from other diurnal birds of prey. Its talons are rounded, rather than grooved. Osprey and owls are the only raptors whose outer toe is reversible, allowing them to grasp their prey with two toes in front and two behind. This is particularly helpful when they grab slippery fish. 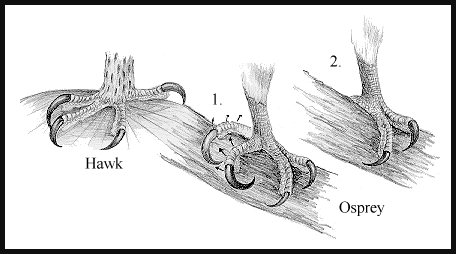